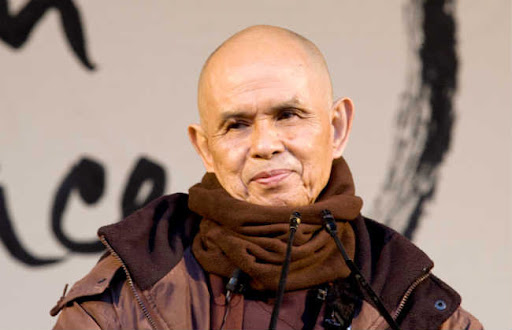 When we practice Qigong, we are practicing mindfulness. The more mindful we are, the more present we can be in our lives and the lives of those we interact with.

One of my favorite authors on the subject of mindfulness is Thich Nhat Hanh. He is a Zen Master that is revered around the world for his teachings on the art of mindful living.

The teachings in the book Two Treasures explain in practical detail how to progress step-by-step towards greater simplicity, generosity, and compassion in our lives. 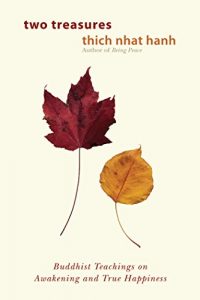 From the book by Thich Nhat Hanh:

“Every person, no matter what their wealth, is equally capable of practicing generosity. Some people think that they can practice generosity only if they are wealthy. This isn’t true. Some people who are very wealthy do practice generosity, but many only do charity with the aim of gaining merit, profiting, or pleasing others. People whose lives are grounded in compassion are seldom rich because they share whatever they have with others. They are not willing to enrich their lives financially at the cost of others’ poverty. Many people misunderstand the Buddhist expression ‘practicing generosity’ to mean casually giving five or ten cents to a beggar on the street if we happen to have it in our pockets.

“The practice of generosity is more beautiful than that. It is both modest and grand. Practicing generosity means continually acting in a way that will help equalize the difference between the wealthy and the impoverished. Whatever we do to ease human suffering and create social justice can be considered practicing generosity. That is not to say that we must become active in any political system. To engage in partisan political action that leads to a power struggle among opposing parties and causes death and destruction is not what we mean by practicing generosity.

“How can a person practicing ‘knowing how to feel satisfied with few possessions’ also practice generosity? It is by living simply. Almost everyone who spends his or her life serving and helping others, sacrificing themselves for the sake of humanity, lives simply. If they live their lives worrying about making money and gaining merit, how can they practice generosity? Mahatma Gandhi lived a very simple life; nevertheless his merit helping humanity and saving human beings was immeasurable. There are thousands of people among us who live very simply, while being very helpful to many, many others. They do not have as great a reputation as Gandhi, but their merit is no less than his. It is enough for us just to be a little more attentive and aware of the presence of people like these. They do not practice generosity by giving money that they do not possess, but rather by giving their time, energy, love, and care — their entire lives.

“Practicing generosity in a Buddhist context means to consider everyone equal, not to discriminate against anyone. There are cruel persons and kind persons among the poor and destitute, just as there are among the wealthy, and we must not exclude the cruel ones from our practice.

“As the sutra states, ‘Bodhisattvas consider everyone, friends and enemies alike, as equal. They do not condemn anyone’s past wrongdoings, nor do they hate those who are presently doing harm.’ This expresses the spirit of Mahayana Buddhism. Poverty creates anger, hatred, and wrongdoing. If we teach Buddhist philosophy through lectures, but do not practice generosity to ease the suffering of others, we have not yet attained the essence of Buddhism. We should practice generosity with compassion and not disdain, without discriminating against people who, because of their poverty, have caused anger and hatred.” 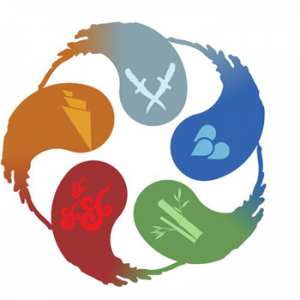