As a practice practice Qigong consisting of posture, easy movements, breath-work, self-massage, sound, and focused intent that advances self healing as a consequence.

There are many forms of Qigong and many variations of those forms that have been developed through thousands of years. One of the most popular forms is Baduanjin Qigong, which has eight movements, often called The Eight Pieces of Brocade. The eight movements stand for specific performed movements (with poetic/symbolic names) – “press two palms to hold the sky”, “pulling the bow and letting the arrow fly”, “separating heaven and earth”, “wise owl gazes backwards”, “big bear turns in woods”, “bending backwards, touching toes”, “punch with angry gaze” and “bouncing on toes”.

Qigong is an integral component of Traditional Chinese Medicine.

A brief history of Qigong

The practice of Qigong originated in China. Lao Tzu, the founder of Taoism, wrote about breathing techniques in his Tao Te Ching in the fifth century BCE. Through the millennia Qigong has gone through many changes and refinements. Many scholars agree that the current Baduanjin form was refined in the 12th century by General Yue Fei to improve the vitality of his fighters.

The Eight Brocade form is now the most popular Qigong form in the world. As a Qigong practitioner you will be joining a long lineage of practitioners and contribute to its continuation.

What are the benefits of Qigong?

Some of the reported physical benefits that you may also experience include better balance, more freedom of movement, eased pain in the joints, improved the immune response, relieved stress and reduced chronic fatigue.

The many benefits of health and wellbeing you will discover for yourself through your own regular Qigong practice.

You will be stretching and strengthening your body and benefiting the energy flow. Another benefit is improved mental focus and clarity, relaxation and mood stability.

Who can benefit from practicing Qigong?

Anyone that practices daily, or at least regularly on a weekly basis, can benefit from Qigong. It is accessible to you regardless of your current physical ability. Being in a wheelchair or in the process of recovery from physical injury is not a deterrent to practicing Qigong either. You can begin Qigong at any age. Whether you haven’t moved for a while or if you wish to enhance your already existing exercise routine, you can benefit from the practice.

As a practitioner of Qigong you will “come into possession of the art’s secrets without conscious effort” [Kuo Lien Ying] – the very experiences through the regular practice will reveal it to you.

What is Qigong daily practice?

After learning the basics of Qigong, devoting as little as ten minutes a day you can begin a Qigong Practice. Qigong can be done while standing in place or while sitting in a stable chair. It requires no special clothing and no additional props. You already possess everything you need to begin a Qigong practice.

Qigong is a complete, stand-alone practice. You could practice Qigong in conjunction with other routines as well. Some students use Qigong as warm-up for Tai-Chi. Other students use it before meditating to allow them a more relaxed posture, deeper breathing and calmer mind. Still others use the practice as a warmup for their jogging or going to the gym. 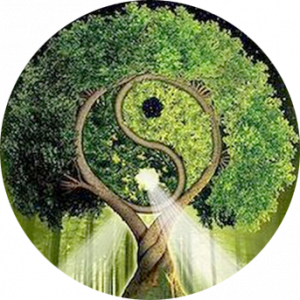 “To keep the body in good health is a duty…otherwise we shall not be able to keep the mind strong and clear.”

Michael has a very calming voice and teaching technique; encouraging students and reminding us to listen to our bodies. He was available for questions during class or even outside of class, if one came up during the home practice. As Michael explains the moves, the philosophy behind the moves and his experience with Qi Gong, the one thing that is truly apparent… he cares. ~ Diane, OH

I was apprehensive about the class due to knee issues, but Michael assured me the moves could be done sitting or standing. During the course, he even “pulled me aside” (as best one can do in a Zoom environment), asking me if I had questions and how it was going for me using a chair. The class was easily adaptable for a chair and I found myself doing a combination of both sitting and standing. ~ Student, OH

Michael is such a great qigong teacher. I really enjoy his class. He not only clearly explains how to do the qigong movements but also the reasons behind them and their purpose. ~ Trish, OH

During COVID 19 we creatively moved to an outdoor venue, and you instituted Qigong instruction in advance of the Tai Chi class for those of us who were interested. A remarkable experience! You so unselfishly opened us to a new avenue. Then you offered online practice sessions for your students and friends interested in continuing our Qigong learning. Selfless. Beneficial. And very much appreciated! ~ Bill, OH